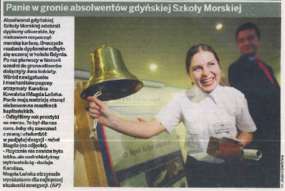 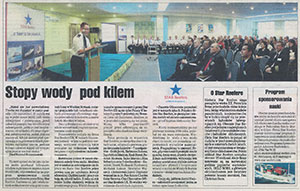 The idea to offer financial support to the Polish Maritime Academies’ students, in return for an obligation to work for Star Reefers for a set amount of time after getting the officers’ license, was born in the summer of 2006. We’ve visited both Polish Maritime Academies – in Gdynia and in Szczecin. We have chosen Gdynia Maritime School, where we have met both teachers and students, with a lot of enthusiasm for studying and working, as well as well-equipped training rooms.

Cadet’s sponsorship programme started in 2006 with a meeting with the candidates at the beginning of the school year. The group of 16 students – 8 navigators and 8 mechanics – has been then selected each year from among many applicants. They have met all criteria and given the impression of being able to fulfil future requirements during work on Star Reefers ships.

Cadets spent second school year on board our ships performing hands-on training. It was a very important step in the process of maritime education, divided into three four-month integral parts. It was the time to verify cadets predisposition and make sure their choice of future profession was correct. It was the time of final preparations before promoting cadets to the officer rank. Final exams took place at Gdynia Maritime School and in front of the Examining Board of the Gdynia Maritime Office.

The Company has offered financial support and sponsored studies to over fifty students for six years. Many of the students have graduated and have been promoted to the officer’s rank and they are now still working on board Star Reefers vessels.